Doug Conant is a former Fortune 500 CEO, a NYT bestselling author and has been recognized as a Top 50 Leadership Innovator, a Top 100 Leadership Speaker, and a Top 100 Most Influential Author in the World. He has served as President of the Nabisco Foods Company, President and CEO of Campbell Soup Company, and Chairman of Avon Products. After retiring from the corporate world, he founded ConantLeadership – a mission-driven community of leaders who are championing “leadership that works” in the 21st century.

Conant is best known for his work as CEO turning around an ailing Campbell Soup Co. In 2001, business results were dismal and employee engagement was rock bottom. With a relentless “people first” focus on workplace culture—combined with a focus on transforming the global leadership team, reconfiguring the portfolio, and making key strategic investments—Conant turned things around dramatically. During his decade as CEO, Campbell Soup’s employee engagement scores went from being among the worst in the Fortune 500 to being world class as measured by Gallup—even earning Gallup’s “Great Workplace Award” four times consecutively. Over this time, total shareholder return went from badly declining to competitive—in the top tier of the global food industry.

In his latest book, The Blueprint: 6 Practical Steps to Lift Your Leadership to New Heights, Conant shares his 10 foundational tenets of effective leadership:

This interview focuses on the overlap of Conant’s experiences and Marshall Goldsmith’s coaching work.

Doug Conant: I got two out of three! Actually, discipline is inherent in my list. It’s definitely necessary. In his seminal book Good to Great, my friend Jim Collins talks about “Level Five” leadership, which essentially combines humility with discipline.

Janove: What do you mean by courage?

Conant: Courage means being willing to face uncomfortable challenges and situations. It means standing in the truth and acting consistent with your beliefs and purpose, even when it’s not easy or convenient.

Courage is foundational to effective leadership. Without courage, a leader cannot consistently practice the other necessary traits of leadership.  The magnitude of a leader’s courage is determined by the strength of their leadership Foundation. Using my Blueprint process, I help leaders build their personal leadership Foundation, comprised of their purpose, beliefs, practices, and leadership model. If you’re not firmly anchored in who you are and what you believe, you won’t be able to stand up for yourself and others when it matters most.

The courageous leader never thinks “What can I get away with in the short-term?” They always think about what’s right, especially when it isn’t easy or convenient.

Conant: In the early 1990’s, I was being recruited to join Nabisco as a General Manager. The job really appealed to me—opportunities to solve tough problems and grow my leadership skills in equal measure. But while I wanted the job, I didn’t technically need it; I was still working in my position as Director of Strategy for Kraft.

My final interview at Nabisco was with the legendary chairman of RJR Nabisco, Lou Gerstner.

I expected a quick meet-and-greet with mostly formalities—fifteen-minutes at most. But I had completely misread the situation. For just shy of a half an hour, Lou launched into what felt like a cross-examination about what it takes to win in the food industry (something I knew a lot about but could barely get a word in to share my expertise). The tone was tough and even adversarial. He was sizing me up. I tried to respond to Lou’s questions politely, but the calmer I was, the more contrary and animated he became.

Finally, I said, “Lou, I’m sorry, but when it comes to the food industry, you don’t know what you’re talking about. And I don’t need this job. So if you don’t think I’m the right person for it, that’s fine.”

I was prepared to walk out of the interview when Lou let out a big smile and said, “I wondered how long it would take for you to have the courage of your convictions.” The conversation became much friendlier after that and I landed the job.

Essentially, Lou had been testing me to see if I had a strong point of view and had the gumption to defend my positions under fire. He was searching for a backbone and he found it. And I learned an important lesson that day: knowledge is only half the battle; you’ve got to have the courage to share your opinions and emphatically advance your point of view.

Janove: You and Marshall come at leadership from different paths. Yet you seem to have a lot in common.

Conant:  Marshall is the coach’s coach. I’m a big fan of his work. Whereas I’ve been a practitioner with four companies for over 40 years with 24/7 organization challenges. One’s inside-out; the other’s outside-in. Yet we end up in the same place.

Conant: I’m a big proponent. Many years ago, a talented executive coach made a simple suggestion that changed my life. I’m an introvert and was especially so in the past. Yet I held a leadership position that required lots of interactions with others.

My coach said, “When engaged in a conversation, take one step closer to the other person than you normally would.” Just one step.

I did this, and for about a month, it was excruciating. That extra step thrust me out of my introvert’s comfort zone. Yet it eventually became a habit and over time fundamentally changed the nature and impact of my interactions with others, greatly enhancing my leadership effectiveness.

I’m a big proponent of the fact that over time, small behavioral changes can have a huge impact. This is what good coaching can do—whatever the “one step” out of your comfort zone looks like for you; it can be metaphorical, not literal.

Janove: Tell us about your view of humility.

Conant: Boiled down, there are two essential components to humility: connecting and listening. The best leaders are great at both —and humility is the virtue that binds the two.

The connecting part requires letting people know a more personal, less-rehearsed version of who you really are. It’s about being relational and relatable.

The listening part is about learning to be alert to the wisdom of others. I tell people, “Park your ego at the door and invite others to help.” This includes all stakeholders – shareholders, employees, customers, vendors, the community, and anyone else connected with the organization. The humble leader leads by listening.

When I took over as CEO of Campbell’s Soup, it was essentially doing the same thing it had been doing for over 100 years. Lack of humility translated into resistance to change, which was a huge problem.

My mission became to transform the culture into one that embraces change and growth. Through a lot of what Marshall calls humility, courage, and discipline, we eventually got there.

Jathan Janove is an SCC Master Coach & Practice Leader, author, columnist, and has been named in Inc. magazine as one of the “Top 100 Speakers on Leadership.” 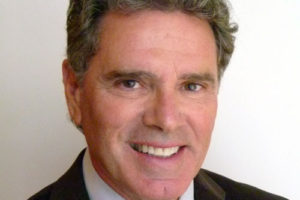 Note: After a sudden, unexpected illness, Chris Coffey passed away[...]

A Simple Yet Highly Effective Coaching Tool: The 3-3-1

Effective coaching rests on good assessment work. What are the[...]

Atlas Assistance Dogs is a nonprofit, co-founded by daughter-father team[...]

Send us an email and we will get in touch shortly!